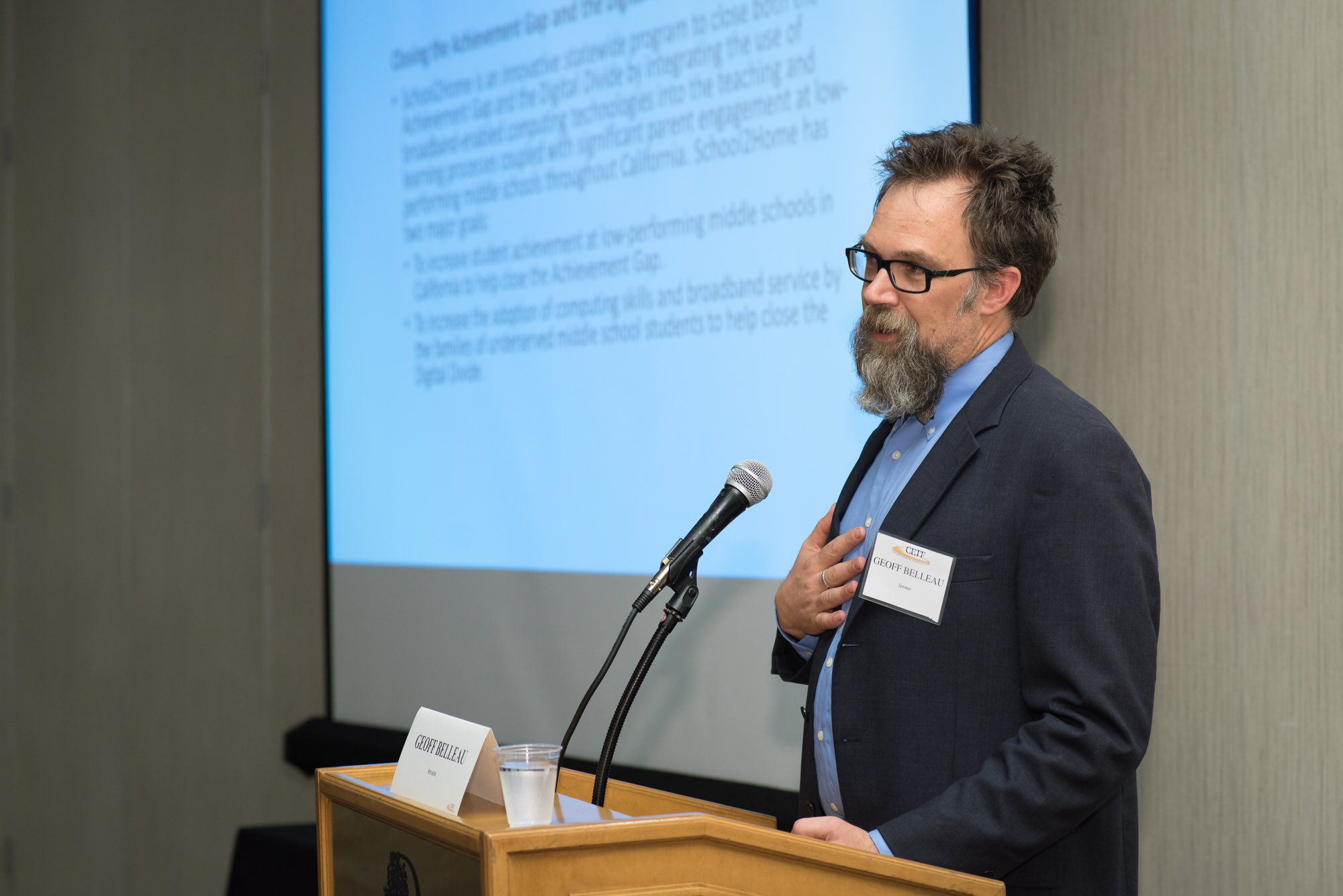 The marshmallow challenge brings out aspects of collaboration and team personality.

Participants had time to work within teams and across team to reflect, to learn from others
and to plan next steps.

Tim Goree shares lessons learned from more than two decades in the field.

Participants learn how to foster intra-district relationships between technicians and staff.

Participants work across schools and districts to decide priorities and identify solutions.

Participants learn that the 10 Core Components are adaptable to varied school contexts.

Though implemented uniquely in every situation, each of the 10 Core Components is essential to create a unified, effective program.

Delaine Easton underscores the critical need for an emphasis on academic excellence.

Rustum Jacob shares a point of view with all the participants.